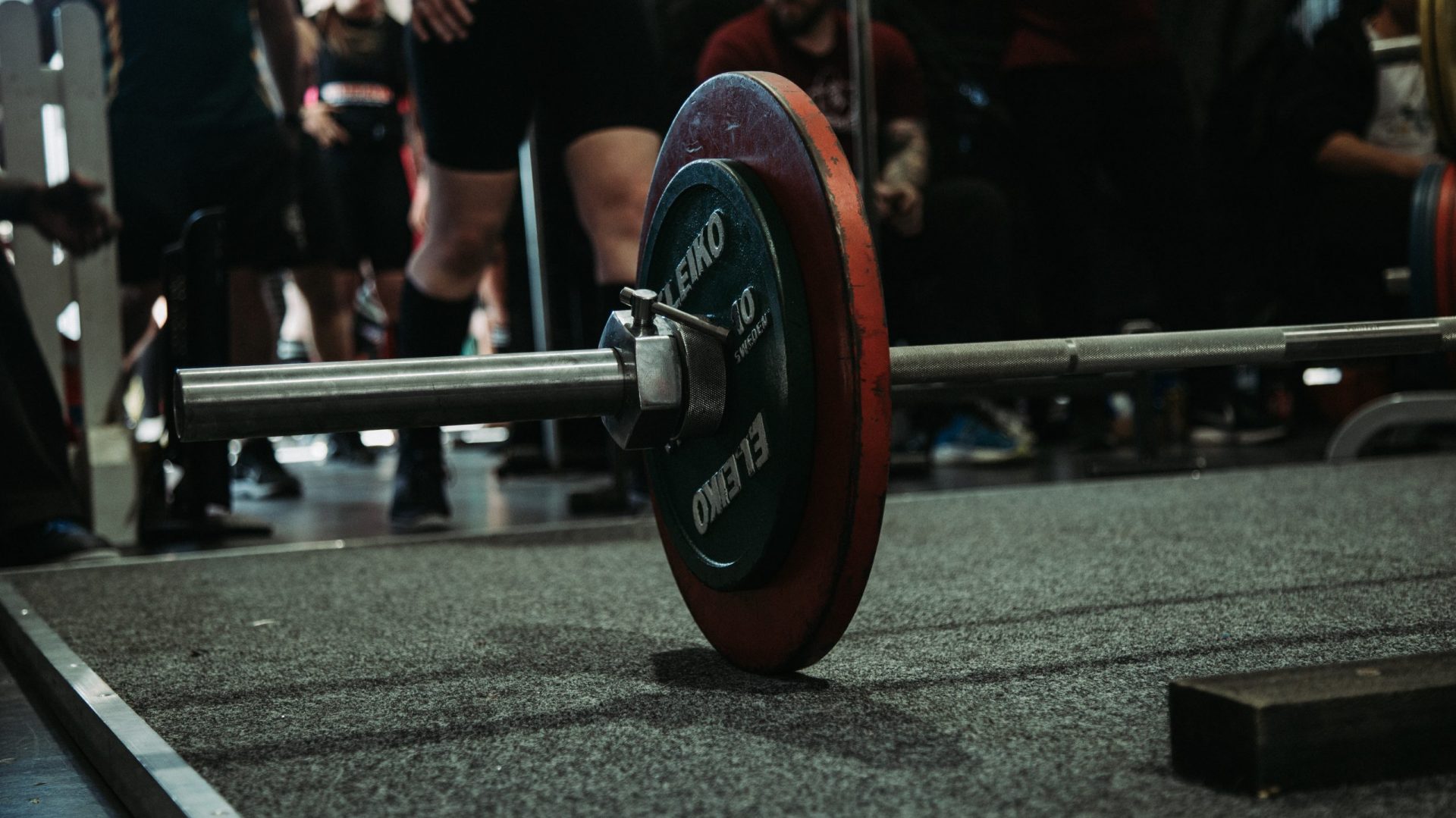 Jeremy got into powerlifting in 2014 when a friend of his invited him to do a competition that he was doing. He grew a love for the sport alongside a growing community, and between 2014-2019 he has competed in thirteen competitions in New Zealand and Australia, most notably in 2016 the Asia/Oceania Championships where he was 2nd in the 66kg Junior Class. He has been a national record holder in the squat (172.5kg), deadlift (215kg), and total (495kg) in the 66kg Junior class between 2016-2018 in the NZPF.

In 2014 Jeremy started to coach his friends in powerlifting and bodybuilding, on a “casual” basis until 2015 where he branded his business, Catalyst Strength and Physique Coaching. This was run solely online until 2016 when he moved to Hobart, Tasmania and started working his business out of a gym (Stomp Fitness until late 2017, and now GTT Performance Centre) as well as online, and he has worked with 100s of clients with varying goals, mostly bodybuilding or powerlifting related.

Jeremy now primarily focuses on coaching powerlifters, and has worked with over 38 competitive powerlifters alone. Most of these he guided through their first competition. Growing the lifting community and amount of people competing in powerlifting is one of Jeremy’s biggest passions.

– Jasmine Knowles in 2014 in NZPF – national squat record in the 57kg Junior Class and 2nd at nationals in her 1st year of competing. Jasmine more recently came 3rd in the 58kg Open Class at Powerlifting Australia Championships 2019.

Jeremy’s favourite lift is the deadlift.

Daniel has been weight training since 2014, first starting out on group fitness sessions at GTT in Hobart. Having gained a reasonable level of strength, Daniel was encouraged by his coach to enter his first powerlifting meet in 2017, and with only three weeks of meet specific training managed personal bests in all three lifts. The experience had Daniel hooked on competitive strength sport, and after two years he is ranked among the top lifters in drug tested lifters in Tasmania and is ranked in the top five in his class in his category nationally. Daniel has also spent a few months training in Strongman, even winning the Launceston leg of the Strongman Tasmania 2018 competition. Daniel hopes to continue to improve in the sport and represent Australia at an International level sometime in the future.

Powerlifting has provided Daniel many positives throughout his short lifting career, including an increase in self-confidence, improvement in overall health, and has introduced him to a supportive community of like-minded people. These experiences have given Daniel a desire to give back to the sport that has already given him a lot and to look for new ways to increase the profile and availability of drug tested powerlifting within the Greater Hobart region.

Outside of powerlifting, Daniel a Chartered Accountant working in the Tasmanian Public Service, having formerly worked in private practice for five years. Daniel looks to apply the skills he has developed in the accounting and finance sectors to help grow both the Hobart Powerlifting Club, and the sport of powerlifting.

Daniel’s favourite lift is the Deadlift.

Daniel’s favourite lift is the deadlift.

Daniel began powerlifting in late 2016 after developing a love for lifting that began as a hobby. After seeking guidance from Jeremy Fraser from Catalyst Strength and Physique Coaching, he competed at his first powerlifting competition where he took silver in the 85kg weight class. Since this time, Daniel has continued lifting and has competed in six meets. His experience in powerlifting has been overwhelmingly positive and moving forward he wants to give back to the community that has supported him for the last few years.

Daniel is a passionate and focused lifter with a deep appreciation for the sport. He hopes to become a powerlifting coach in the future and give other new lifters guidance and support.

Outside of powerlifting, Daniel is a secondary highschool teacher, musician and guitar tutor. He hopes to apply his knowledge of teaching and learning into HPC.

Daniel’s favourite lift is the squat.

Sophie found powerlifting in 2016 when searching for a change in training focus and when she stumbled across coach Jeremy Fraser, they knew it was going to be a good fit. With several years of prior weight training experience, the transition was very rewarding and three years on she now has seven successful competitions under her belt, a tonne of experience and a great love for this sport that we know as powerlifting.

Sophie has been in the health and fitness industry for over 10 years and in finding powerlifting she also found a new element addition to her own coaching portfolio. Owner of her flourishing business, Health Vibrations, Sophie is continually growing her community of strong women and men in her small group personal training space, as well as one on one personal training and coaching.

As her love for all things lifting grows; Sophie is coaching lifters looking to get into powerlifting, especially females. Sophie is now a certified Powerlifting Australia Coach Level 1 (2019) and a driven advocate for supporting females in this space at any level.

“Powerlifting changed my life” Sophie says, “at almost 30 years old I was feeling lost in my own training journey and was searching for more purpose and return; powerlifting gave me that and so much more. Powerlifting has helped me find strength I never knew I had, not just physically but also mentally”. Sophie can’t wait share her love for powerlifting with the Hobart community as a coach and as a mentor to women who want to feel strong, confident and empowered in their life.

Some of Sophie’s biggest achievements in this space include:

Sophie’s favourite lift is the deadlift – in her last competition she achieved a personal best of 173kg at 63kg body weight.

Hayley started powerlifting in 2018 after hiring Jeremy as a nutrition coach. She has since competed in one local competition.  Hayley has gained a vast knowledge of competitive powerlifting through acting as an assistant coach for Catalyst Strength and Physique Coaching at two local competitions in Hobart, and at the 2019 Australian National Championships.

Alongside powerlifting, Hayley is passionate about social media and public relations. Hayley has a Bachelor of Arts focussed in Internet Communications which has given her an excellent understanding of how the internet and social media influences our community. When she isn’t managing the marketing and communications pipeline for the Club, Hayley runs her own small business offering social media and website solutions, and works as a Business Relations Coordinator at an Engineering firm, deepening her experience of communications, public relations, events and marketing.

Hayley is eager to grow the powerlifting community in Hobart and surrounds, and supports all individuals whether new or experienced in reaching their goals and just getting out there and giving it a go.

Jake has recently transitioned from a general training structure to training with a powerlifting focus. He has competed in one local competition, with plans to compete again in early 2020.

Jake is an IMC Coordinator, and has vast experience in Business Management that he brings to the Club Committee.

Jake’s favourite lifts are the squat and deadlift.

Jasmine’s powerlifting journey began back in New Zealand in 2014, as a physical outlet during her 5 year Veterinary degree. After discovering she was quite competitive in her weight class, she competed at her first National competition later that year. Coming away with a silver medal and a NZ squat record in the Junior 57kg class solidified her drive to keep training! In 2016 she moved to Tasmania and has been part of the local PL scene since, competing at various state competitions and the Australian National Championships in 2019.

Jasmine’s powerlifting highlights include Best Female lifter at multiple state competitions, 3rd at the 2019 Australian National Champs in the 58kg class and surpassing the milestone of 400 wilks points.

In addition to competing herself, Jasmine has assisted in the running of many competitions and is hoping to continue to give back to the wonderful PL community in this regard for future HPC competitions. Outside of training, she is an Aquaculture Veterinarian specialising in salmonid production!

Jasmine’s favourite lifts are the squat and bench press.